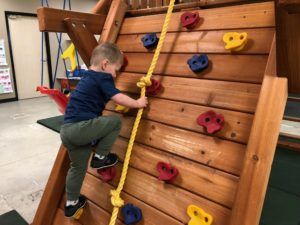 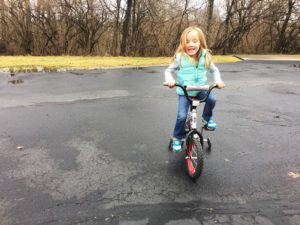 Being a parent in today’s world can be overwhelming and frankly scary. We are constantly being reminded of the ‘bad’ things that could happen to our own precious children due to being surrounded by social media. We are also more aware and educated about development which is a blessing but can lead to anxiety and worry.

As a pediatric physical therapist, it is not uncommon for me to see children who are diagnosed with developmental delay or have sensory deficits due to lack of exposure. This meaning the child just has not been exposed to or given the opportunity to practice a given skill or time to appropriately receive sensory input. For example, I was working with a 15-month-old who had just began independently walking. I took her outside to walk on the grass for a new challenge on an uneven surface. When she fell and touched the grass she began to cry because she did not like the feeling of the grass. Mom then explained this was her first-time feeling grass (at 15 months old). Another example are my toddlers that have weakness in their legs. When I take them to the gym to climb the jungle gym, I can feel the anxiety rise in their parents because they have never let the child climb a jungle gym before. If they are constantly being stopped from climbing and other activities similar to this then they may develop weakness in their legs when compared to their same aged peers.

I have caught myself with my own 2-year-old son, preventing development of a skill. He had difficulty using a spoon and fork and was starting to get delayed in this fine motor activity. I realized that he was delayed because I was not allowing him to practice. Sure, I let him use a spoon, but I would quickly take it away as soon as he would make a mess. Simply because I did not want food all over the rug or over his new shirt.

I understand that children do have delays and/or sensory deficits even when given all the opportunities possible. I just want to be a reminder that children need opportunities to grow, learn and explore at ALL ages. Not just growth in a physical way but a social and emotional way to. Take the cell phones away in the waiting room and let them socialize with the kids next to them. Let them climb the ladder to the slide (just stay near them for safety). Allow them to make a mess with their spaghetti when learning to use a utensil (maybe just remove their new shirt or put a bib on). We will never know their true potential if we are not facilitating and allowing them the opportunities to show us what they can do.