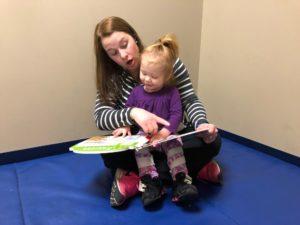 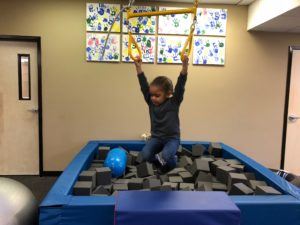 From 1 to 2, building phrases!

By the time a toddler has a vocabulary of at least 30-40 words, they begin to put words together into 2-word phrases (the child must be USING the 30-40 words in spontaneous speech to comment/request/label, not just imitating). The general “rule of thumb” is that at age one, children use only ONE word to communicate, then at age two, they use TWO words, by age three, they are using THREE or more words in sentences (requesting/commenting/asking & answering questions). I find myself using the following strategies right now with my 24-month-old and thought I’d share some ways to help increase the 2-word phrases in your toddler’s vocabulary. 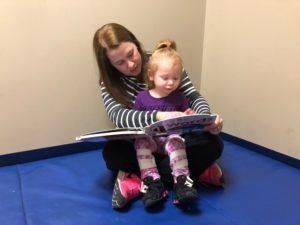 If you have concerns about your child’s development, visit our webpage at https://www.abcpediatrictherapy.com for more information. 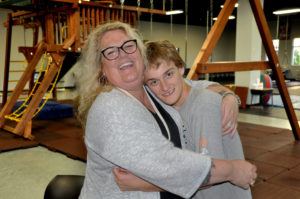 How to Break the Bond Between Screen Time and Your Child by Jenn Jordan, Q102 Radio Host 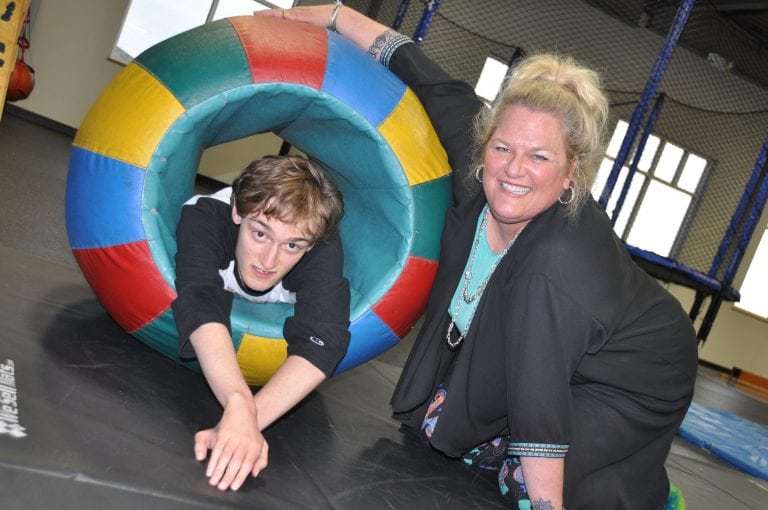 When Jakob was little, he seemed so disconnected. I never knew if he was listening to anything I was saying. I didn’t know if he even knew his own name. He rarely showed any interest in anything I was doing or wanted to do with him. I tried reading books, building blocks, singing the ABC’s. His only interests were jumping on his trampoline, watching his favorite DVD’s (Baby Einstein, Sesame Street and Signing Time,) and playing with all his battery operated toys. He could go hours without even acknowledging I was in the room. I wasn’t sure if he had any interest in a relationship with me that involved interaction, affection, and communication or if he just didn’t know how to connect.

The only thing that was apparent was he had quite the wonderful relationship with electronics. They entertained him and made him smile. I would find myself a little jealous of Elmo and Big Bird. I wanted my son to look at me with that same gleam in his eye and to laugh at the things I was doing and saying. I had to remind myself to be glad that he was having fun but I was so very sad that it wasn’t with me.

I spent years thinking that I was destined to forever have a kid who wanted nothing to do with me. He would come to me to be fed but that was it. Then one day while I was watching him giggle hysterically at something Cookie Monster said, I had a realization. I could never compete with all that. The toys and videos had mesmerizing sights and sounds and sound effects and characters. They were irresistible. They were far more interesting than anything I could do. As long as they remained in his world as options, I would always lose. So one day when he was out of the house, I gave it all away.

It was a tough decision. I was taking away all the things he loved most. The things that made him the happiest. The only things in his life that made him laugh. But I knew that if I was going to reach him and inspire him to want to be, really be, with people, it all had to go. And I also knew that I would have to sit with the confused and sad tears while he mourned the loss. While I comforted, I knew I had to reassure him in a positive and enthusiastic way that we were going to have so much fun together. And I immediately sprung into action showing him exactly how we were going to do just that.

I took some of his favorite things from the videos and games and turned myself into them. I was a sound effect machine that would make different noises when he poked me in the arm or touched my nose. I was Super Grover stumbling awkwardly all over the place. (He loved slapstick humor so I fell down a lot.) I had puppets and stuffed animals of some of his favorite characters and they did all sorts of silly things. At first he couldn’t quite figure out what I was doing but he eventually caught on. And when he did, he thought it was a hoot. There was endless material for me to have fun with and it didn’t take long before my wish came true. My Jakob was looking at me with that Sesame Street gleam in his eye and he was laughing right along with me. It was a beautiful thing.

After a few years, Jakob got an iPad and he found a couple games he liked. He would play a little bit here and there but would always put it down when he wanted to play with me. There was never a fight about it. Time passed and he played with it less and less. He eventually decided he was done and he deleted all his games and put his iPad away. He has an iPod now that he uses to send text messages and emails on occasion. But it’s used mostly to check out traffic issues, route our trips and figure out detours when roadwork is necessary.

I’m so glad I made that tough decision when I did. I think it saved us both from an addiction that would have done us harm. And it undeniably helped create a bond that no muppet or screen can ever break.