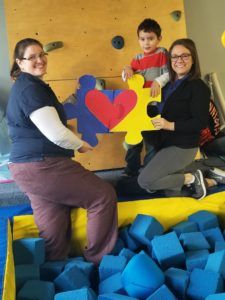 Breaking Through The Financial Barriers

ABC is passionate about making sure that finances are not a barrier for your child to receive the services that they need and deserve.

What does ABC do to make understanding insurance benefits easy? 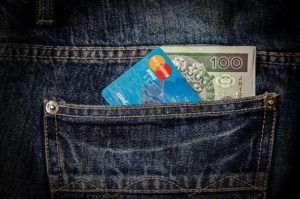 An ABC staff member will call your insurance company to determine your benefits.

We also ask that you also call your insurance company to hear your benefits as well.

We will share with you what we learn about your benefits.  Helping you understand your financial responsibility is important to us.

What insurance companies is ABC in network with?

ABC is in network with nearly every insurance company.

Once I understand my benefits, what do I do if I can’t afford therapy or find that therapy is not covered? 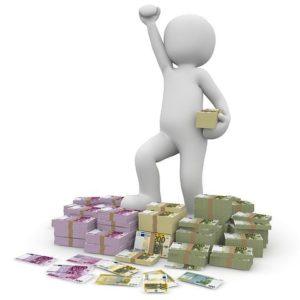 ABC has helped hundreds of families find alternative funding to help pay for therapy.  Please call or email us and we are happy to help you too.

What if I run out of visits?

If your policy allows more visits to be authorized, ABC will handle requesting additional visits for you or give you the information that is needed to request additional visits if that is what is required by your insurance company.

What if my policy does not allow more visits to be approved?

ABC will work with you to explore alternative funding sources to help pay for more visits.

We also offer private pay and sale appointments to ensure you can continue to watch your child be the best them they can be. 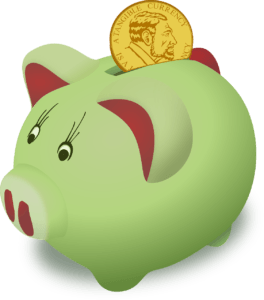 At ABC, HELP does not just occur in our treatment sessions.  We HELP to make scheduling and billing easier as well.

Please visit https://www.abcpediatrictherapy.com to answer more questions you might have.  We want to help you! 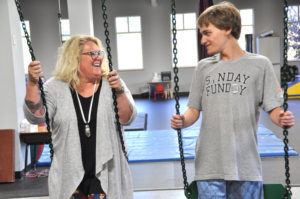 Building Friendships When You Have Autism by Jenn Jordan, Q102 Radio Host

He was perfectly fine all by himself in a room with a huge pad of drawing paper. He would fill every page with letters and numbers. Then he would watch Baby Einstein videos over and over and jump on his trampoline. He would take his stuffed bear that played a recording of ‘Twas the Night Before Christmas and play it again and again. All the while not needing anything from me other than a fresh pad of paper or new batteries. I went years feeling sad about that, feeling sorry for him and thinking that he was missing out on some of the most important things in life.

What a load that was. I was causing myself so much unnecessary suffering from all those beliefs that I was projecting onto him. I was the one missing out, not him. He had everything all figured out. He found the things that made him happy and he did them. Once I came to that realization, I stopped trying to drag him into the world he didn’t have any interest in (mine) and I joined him in his. I wrote the alphabet, I rolled markers across tables, I jumped on trampolines right alongside him. And that’s when a bond was created. That’s when he learned that it can be a whole lot of fun to do things with other people.

For years, that’s what we did. He chose the games and how he wanted to play and I followed his lead. I would look for openings and signs that he might be willing to try something new and different or let me take the lead. And it happened more and more with time. He came out of his world and joined me in mine. It was, and continues to be, a beautiful journey.

Eventually, he started to take an interest in other kids. It was difficult for him because of his limited ability to communicate clearly. The other kids couldn’t understand what he was saying. It’s still an issue, but he’s learning and he’s motivated. He truly wants to interact. It’s such a cool thing to watch and be a part of.

It was almost exactly one year ago today when we planned his first big party at the house. We were on the way home from school and his friend and classmate, Sarah was in the car with us. “Cars 3” was coming out on DVD soon and I just put it out there that we should have some friends over for a movie night. His eyes lit up and he said “Cars 3 party” and that was that. He’s been having regular gatherings at the house with 3-5 of his friends from school. He writes out save the date cards, invitations, RSVP cards with self-addressed stamped envelopes and then a few days before the party, he delivers a schedule of events. He has so much fun with the party prep and gets so excited as he waits for the doorbell to start ringing.

So much worry. So much pain. So much time wasted. I am so glad I learned how to love, accept, join and let him show me the way. Now it’s just a party. 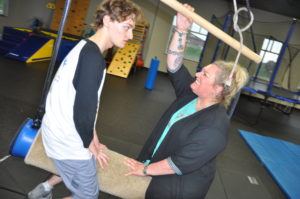 Back To School Tips from Q102’s Jenn Jordan

The beginning of the year school picnic is this week and Jakob couldn’t be more excited. Last night, he got out all his back to school paperwork, including his list of school supplies. He’s on my case a bit to go shopping and get everything purchased, packed and ready to go. I’m lucky, Jakob loves school now. It wasn’t always that way.

Halfway through first grade, I pulled Jakob out of school and started a home-based program with him (The SonRise Program). He just wasn’t thriving in the school environment and all the stimulation that went with it. There were too many people, too many rooms, too many smells, too much stuff, too many noises, pretty much too much of everything. I went to visit him once and he looked right through me. I was standing in the doorway when he came back in the classroom after recess and his eyes were directed at me but there was no recognition. Just a blank stare, it scared me. It became clear at that point that I wanted to try something different, and I’m so glad that I did. I don’t believe that Jakob would be where he is now if we would had continued on with school when he was so little and struggling so much just to make it through the day.

The goal always was to get him back into school, and when he was 14, I knew it was time. I found a school with an administration and teachers that I knew and trusted. I made sure that they had a really good understanding of Jakob’s quirks and motivations. I spent a lot of time talking to him about what to expect. And more than anything, I got excited.

What we model, we teach. Every. Single. Time. It’s pretty tough to get a kid to calm down if you’re screaming at them in a very un-calm manner. And it’s pretty impossible to convince a child that school is going to be fun and awesome if you’re a nervous wreck about it.

Jakob loves going to the dentist. He enjoys going to the hospital and getting blood drawn. Having an hour-long IV drip is no big deal. He goes to bed every night excited to go to school the next day. And he gets very upset if he thinks he may have to take a sick day. It’s awesome and hilarious and so much fun. And it is the way it is because of how all of these experiences were modeled for him.

When I give back to school advice to parents, I tell them to relax and have fun. Stand firm in making sure your kiddos get the supports they need and are entitled to, that they’re safe and they’re being well taken care of and be calm about it. Never let them see you sweat. If they catch you losing it, they’re going to believe there’s something to lose it about. Then the cycle begins.

Our kids struggle with new things, new people and new experiences. Let’s show them that these things aren’t scary; they’re fun and exciting. There is a way to respect their boundaries and limitations and encourage them to grow and change. And in my experience with Jakob, I’ve learned that it’s most likely to happen when everyone is having a fun time doing it. 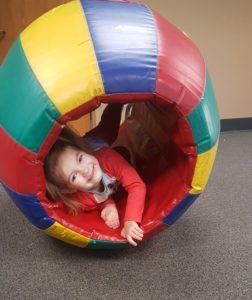 Trouble With Changes In Routine?

Many people have difficulty and can feel anxious with changes in routine but especially children.   Children thrive on routine and knowing what expectations are so when the routine is off, it can throw our children for a loop.  Some common triggers include: going to the dentist, leaving the house, having guests over, holiday get-togethers, changes in plans and unexpected cancelled activities.

There are several strategies that can help children tolerate these changes in routine.  Discuss changes in advance if possible to allow your child time to adjust and anticipate the change.  Social Stories can give children an idea of how the event may go.  For example, if you’re having people over for the holidays or if taking him/her to the dentist you can make a quick story with pictures of who they will see, what they might do and so on.  Ending the story in a positive way so he/she will know what to expect and reassure them that nothing bad will happen. 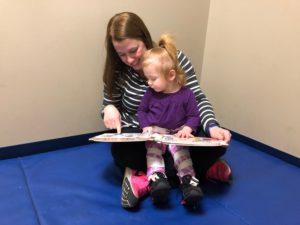 Visit new places ahead of time.  If he/she is going to a birthday party or going to the dentist, make arrangements to visits ahead of time when there won’t be any pressure and when it will just be a quick visit to see what the setting is like.  The more comfortable he/she is ahead of time, the better experience it will be! 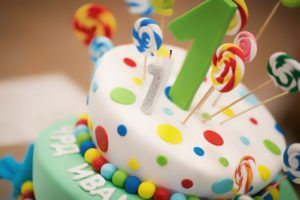 Using schedules can help as well!  It can be a simple 2 step schedule or a schedule with the day’s activities.  A simple 2 step schedule may be, “first grocery store, then home”; “first lunch, then park”.  Making a written or picture schedule for the day can also help children tolerate changes in routine.  For example, a picture of the car, the store, grandparents house, a restaurant and home will give the child a visual to refer to so they know what to expect.  If as a parent, we don’t know if something might come up or we might change plans, you can also add a picture of a question mark into the schedule.  First let the question mark be something fun and exciting so children see that some unexpected plans are fun.  Then you can let the question mark represent the possibility of Plan B (stopping at a new grocery store) and not Plan A (stopping at a familiar grocery store).

For non-preferred activities, it can help children to use a visual timer or a behavior chart!  A visual timer will give children a great visual in regards to how long the non-preferred task will take.   A behavior chart can be used during the non-preferred task to keep children motivated and to give them positive reinforcement for tolerating the activity.  There are phone and tablet applications that have schedules and visual timers.  To find some motivating charts you can go to www.freebehaviorcharts.com.  For more information on transitioning please go to www.abcpediatrictherapy.com.